How to Neutralize Negotiation Head Trips and Win More Often 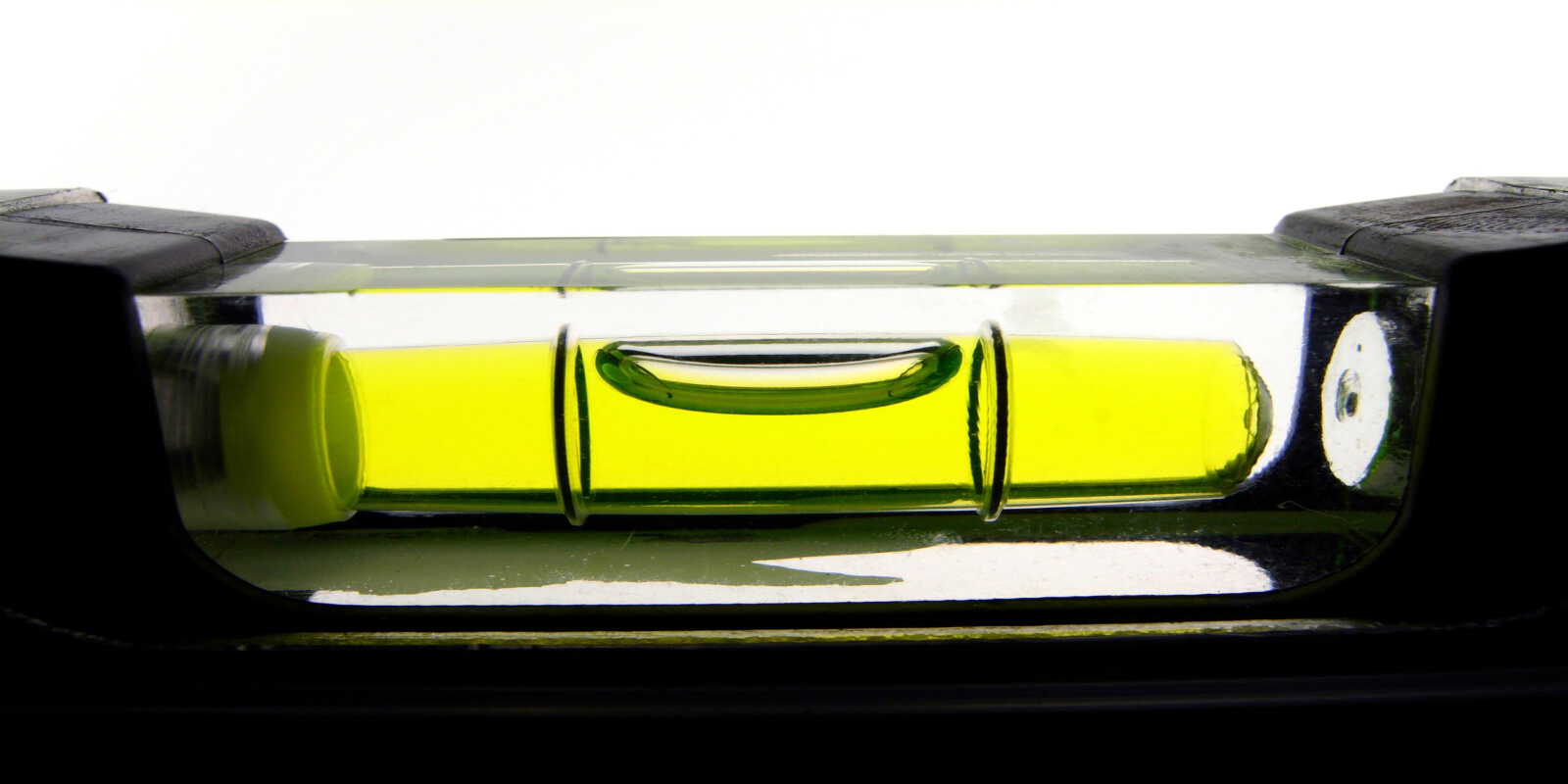 Negotiation head trips can take you down a dark hole that can not only jeopardize your deals but also your future. If you’d like more control over the negotiation process, stay tuned for my next guest, he’s the author of Negotiating From the Inside Out with some fascinating tips for how to neutralize those nasty negotiation head trips and win more often. 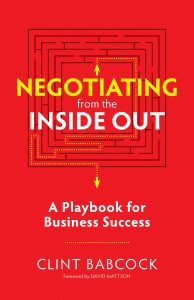 * Most common and easiest negotiation mistakes [20:51]

Hanna Hasl-Kelchner:  [00:00:00.21] Negotiation head trips can take you down a dark hole that can not only jeopardize your deals, but also your future. If you’d like more control over your negotiation process, stay tuned for my next guest. He’s the author of Negotiating from the Inside Out, and he’s got some fascinating tips for how to neutralize those nasty negotiation head trips so that you can come out ahead more often.

Announcer:           [00:00:00.21] This is Business Confidential Now with Hanna Hasl-Kelchner, helping you see business issues hiding in plain view that matter to your bottom line.

Hanna:                   [00:00:35.64] Welcome to Business Confidential Now. My name is Hanna Hasl-Kelchner and today’s guest is Mr. Clint Babcock. He’s helped hundreds of sales teams and thousands of salespeople to improve performance and retain margin by improving their negotiation skills. He’s a Sandler-certified trainer with a degree in finance and takes pride in keeping himself, his clients and students numbers-focused.

THE THREE TYPES OF NEGOTIATORS

Hanna:                   [00:01:04.23] You know, negotiations can be a high stakes game. Sometimes it’s easy to get taken for a ride. And I’ve heard you say that there’s three types of negotiators:  the amateur negotiator, the tactical negotiator, and the strategic negotiator. Would you help me and my listeners understand the difference between them?

Clint Babcock:       [00:01:24.35] Yeah, yeah, sure will. Before I get into that, here’s what I ask when I’m – when I’m working with a team or a group of people. I’ll say, “Hey, as it relates to your negotiation intelligence, how much do you know? What do you know about negotiating, you know? And what have you read? What have you dived into? What have you studied? What have you practiced?” and usually by the look on their faces, I can already tell where they fall, you know?

Clint:                     [00:02:08.93] They don’t – they don’t look at it as a – as a skill set. It’s just something that happens. Now, the tactical negotiator, this is a person that has read a little bit about it, has some skill set, has maybe taken maybe a course and does it on a regular basis. So this – these people you typically find as the – maybe in the C-level with an organization or has some semblance of purchasing things for a company.

Clint:                     [00:02:37.22] But then you got the strategic negotiator. This is the one that has studied it, probably knows more than you, has looked at it as this is one of their greatest skill sets, knows how-to to use the gambits against you in order to – to negotiate. And – and I say against you but I really mean with you. In other words, you know, let’s face it, what we’re after is – is a partnership through this and that strategic negotiator knows how to make you feel good while they’re getting their agenda and getting the things that they’re looking for in the negotiation while taking care of you along the way.

HOW TO RATE YOURSELF AS A NEGOTIATOR

Hanna:                   [00:03:17.69] All right, now, when you have an audience in front of you, you say that based on the expressions on their face, you can tell like what category they fall into. All right, but I can’t see my own expression. [Laughter] So, how do I know where I fall in? I mean, you know, everybody basically believes that they’re more skilled and capable than others, you know, like, “Oh, I’m a safe driver.” Yeah, well, everybody says that, you know? [Laughter] So, how – how do I figure out where I fit? I mean, genuinely and authentically, honestly, you know, because maybe in some circumstances I could be one type of negotiator and in another like, “Nah, not so much.” So, how do I figure it out?

Clint:                     [00:05:40.16] And then last is emotional composure. You know, are you – if you’re too highly emotional, that’s not good because that hijacks your – your ability to reason and it hijacks your intellect. If you’re more controlled in your negotiations and when you deal with those kind of pressure situations, then you’re going to be able to think more clearly and you’ll be better. So – so I guess, Hanna, I’ll kick it back to you and just say, hey, out of those, how would you rate yourself and what would you think?

WHERE THE HOST RANKS THEMSELVES AS A NEGOTIATOR

Hanna:                   [00:06:31.99] Well, yeah. But I – yeah, I think it also makes a difference as to what’s at stake. You know, if you’ve got a really major thing – I mean, I’m not sure what you know about my background but I practiced law for a number of years and managed a lot of litigation where there was a lot of negotiation because very few cases do go to trial. They get settled and it is a negotiation.

Hanna:                   [00:07:40.24] You know, you mentioned something earlier in an answer where you talked about gambits, gambits being used against you. And I think in your book, you actually have a chapter about that. I mean, these to me sound like Negotiation Head Trips Central; you know, gambits, the little head trips people play, you know, let’s see what happens here. Let me poke, prod, what have you.

THE YOUR COMPETITION IS CHEAPER NEGOTIATION HEAD TRIP

Clint:                     [00:08:31.17] We call them the dealmakers’ dozen. And it’s being able to recognize what’s being played against you, and then you can put your system and your negotiation process to it. So, a few of the most common ones, you know, especially in the business world, right? “Hey, we really like your proposal, but your competition is cheaper,” right?

Hanna:                   [00:11:27.96] Yeah, most popular. I like that categorization. [Laughter] So, one thing that you mentioned in your book, which I think is really kind of interesting, is you discuss the Karpman drama triangle. Now, what exactly is this mama drama triangle and why should we care about it when it comes to these head trips?

[00:13:57.54] Think about it. A persecutor, hey, you know something, your – your pricing is just – just a lot higher than somebody else’s. If I fall prey into that and I fall either into the victim role or the rescuer role, neither one of those is going to be good, right? If I go, “Oh, hey, you know? You know, yeah, I know,” and now I get all wishy-washy or I try to rescue them and come back with a, “Well, you know something? Hey, you know? I’m – you know, let me talk to my boss. I’m sure there’s something we can do.”

Clint:                     [00:16:15.27] “…our proposal is going to be able to take care of those issues and – and challenges you have. But hey, let me ask you a question. Why do you think the competition or whoever I’m up against values their solution less than mine?” Right? “They want me to try to defend and justify my higher price. I have no interest in doing that. Please defend and justify why you would go with a lower price,” right?

Clint:                     [00:19:02.76] And this is where you actually spend time talking about or strategizing about what am I going to offer up? And the first move is not offer up as a concession. The first move is to add to the deal. What can I offer up of minimal cost to me without coming off my price but at great value to them?

Hanna:                   [00:20:06.56] Absolutely. I appreciate it. And I think those tips are excellent ways of flipping the table and putting them on the defensive a little bit instead of you. So, kudos to you for mapping it out that way and explaining it in such a crisp fashion. I appreciate that.

Hanna:                   [00:20:25.64] We just have a few minutes left, though, and there’s just so much I would love to talk about with you about your book Negotiating from the Inside Out. But one thing I do want to just address real quick, I think with the last chapter of your book, you talk about errors that undermine negotiation, and I appreciate that this mama drama triangle is certainly part of that. Now forgive me for renaming it. [Laughter]

Clint:                     [00:22:49.61] And he said to me, he goes, “I remember saying, ‘Look, don’t negotiate anything when you’re not prepared,’” he said. So he was able to get off the phone and schedule the call for the first thing that next morning because he knew that if they got into it right then, he was nowhere near ready to deal with the strategies and such that, you know, he needed to – to really grasp and get his head around.

THE EASIEST NEGOTIATION MISTAKE TO MAKE

Clint:                     [00:23:35.33] In business, there’s a lot of things that you can ask for that don’t necessarily relate to money and currency and/or around the deal that might be able to position you really well somewhere down the line. So just make sure you’re not giving up because if you do, think about it when you go to buy something and somebody says, “Oh yeah, we’ll knock 10 percent off.” If they did it that easy, you feel like you should ask for more, and that’s really the idea of unilateral concessions, you know, getting something once you get something up.

Hanna:                   [00:24:06.95] Wonderful. Thank you for that. Those are some excellent takeaways, and this whole conversation has really been an eye-opener and a peek behind the curtain of The Wizard of Oz. [Laughter] So, thanks for giving us some tips on how to neutralize those negotiation head trips so that we can win more often and come out ahead.

Are You Really Wired to Negotiate

4 Common Negotiation Head Trips You Need to Know About 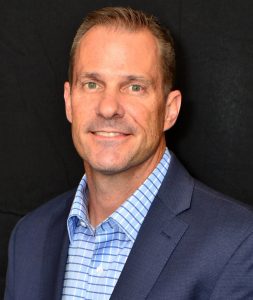 With over 25 years of sales, leadership, and negotiation experience, Clint Babcock has worked with senior executives at companies in a wide range of industries to help them strategically build their sales forces.

A Sandler-certified trainer, he has helped hundreds of sales teams and thousands of salespeople to improve performance and retain margin. Babcock’s career background includes top performances in sales, negotiating, business development, operations, and training and development.

He has a degree in finance, and takes pride in keeping himself, his clients, and his students numbers focused.

Rating and reviewing the show helps us grow our audience and allows us to bring you more of the rich information you need to succeed from our high powered guests. Leave a review at Lovethepodcast.com/BusinessConfidential

Joining the Business Confidential Now family is easy and lets you have instant access to the latest tactics, strategies and tips to make your business more successful.

This post may contain links to products to products on Amazon.com with which I have an affiliate relationship. I may receive commissions or bonuses from your actions on such links, AT NO ADDITIONAL COST TO YOU.